Recently, I was speaking with a client physician about one of the three contracts she’s considering for her next career move. As a female subspecialist she can go almost anywhere in the nation, but she really wants to go to one particular city. She gave me permission to talk about her case and her dilemma.

Tail insurance (Extended Reporting Endorsement) is the additional coverage that must be purchased if you or your employer bought the cheaper Claims Made insurance instead of the comprehensive Occurrence Based coverage. Claims Made insurance is rather like car insurance – it is only in affect as long as you pay the monthly premium. Therefore, tail coverage is necessary once you leave a hospital/practice in case a patient you treated during your employment there comes back and sues you later. The cost for tail coverage will be 50% to 250% of your annual premium. Another client, a subspecialist on the East Coast recently resigned to take a position in the next state. Now she is being told to pay $142,000 for tail coverage from her prior employer. As often happens, the practice never mentioned anything about tail when hiring her. So now they will end up in court.

Sometimes, claims made insurance is not so bad in terms of the cost. For example, if you leave the practice but stay in state, and Many of us in the field with the same insurance company, you may not have to pay for tail at all, but always be sure to ask this question. Additionally, if strongly believe it is you keep your job for a certain number of years, the insurance unethical for an employer company may automatically cover you for the tail at no charge. That also may be true if you are with them for many years and to require a former then retire completely from clinical medicine.

But what if that’s not a realistic option for you? What if you know there is a significant possibility that you’ll someday leave this practice? Our research at PhysicianCareerAdvisor.com shows physicians have three jobs in their career, and only keep their first job for an average of about three years!

So let’s go back to the question — if they only have the cheap coverage, who pays for that tail insurance?

Many of us in the field strongly believe it is unethical for an employer to require a former employee to pay or tail coverage. Let me repeat that…it is unethical for a former employee to be forced to pay for tail. That’s because malpractice coverage is a cost of doing business for the practice, university or hospital. Case in point, do their other employees, including administrators and all clinical staff have to pay for liability insurance when they leave their job? Additionally, some states have laws that require an employer to “indemnify” the employee from all liability from the employer’s “customers,” during and after the period of employment. The problem is that many physicians don’t stand up for themselves and say no to these abusive contracts before signing. Or stand up once they leave and then fight back.

By requiring departing physicians to pay tail insurance, the practice is spreading its malpractice costs onto their former employees. As a matter of fact, the great majority of larger physician employers today accept this and would never ask an employee to pay for tail. If a practice dares to tell you not to worry about tail insurance, because the next practice will pay the tail for you…that is completely misleading. Another practice will pay for their practice’s coverage? Of course not.

So how do you fight back? First, realize the hospital or practice may just need to be educated on the subject. They may not even know it’s unethical and they’re only responding to what the malpractice salesperson told them in the first place… to buy from his company because he sells the cheaper insurance. So politely but firmly educate them — tell them that it’s their cost not yours. Plenty of them will drop it because they didn’t know or didn’t want to admit it’s unethical or illegal; or as they already know, their competition doesn’t require employees to pay for tail. Now if they refuse and you still want the position, politely tell them, just in case you don’t stay for the rest of your career, that you want to speak to the malpractice carrier to find out the cost of this tail coverage.

The cost of tail coverage will have several variables. First, is the practice self-insured, or with an outside carrier? Self-insurance costs a lot less. Secondly, the price of tail coverage will vary based on the specialty, how long you have been practicing, what state you live in, and whether or not you or the practice you are joining (or physicians in that specialty in the same geographical area) had prior malpractice problems. This information is calculated by insurance company actuarials who decide how much risk they estimate they have and in turn, how much to charge and still make a profit – oftentimes extreme profits.

A few weeks ago, I reviewed six physician contracts in the same week. Two of the physicians were in the same specialty and the practices wanted these new physicians to pay for tail insurance. So we got the prices. The first was $18,000. The second was $85,000. Depending on your specialty, the rate could be more than double that, like the $175,000 estimate I recently had for an OB subspecialist in upstate New York. She was flexible, so she chose to practice in another state.

But preferably, do not sign a contract that requires you to pay tail, unless you have no other option. It is clearly unethical, and may be illegal. 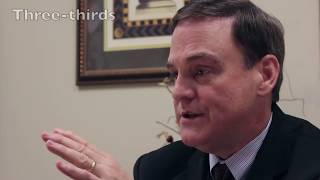 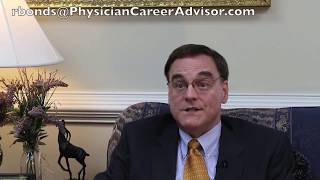 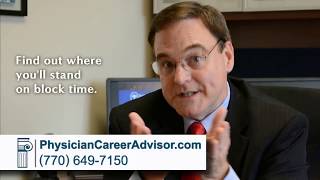